Australia’s own DJ and producer, Two Can has today released his follow up EP titled, ‘Unilateral’.

Two Can is best known for his remix work with the likes of David Guetta and Sia plus support from The Chainsmokers, Martin Garrix, Oliver Heldens and many more, Two Can has cemented himself as a force majeure in the electronic pop circuit.

After a string of successful singles and remixes which has seen his streaming number skyrocket to over 45M streams, ‘Unilateral’ proves once again why the Melbourne-based DJ and producer is one to watch in 2021 and beyond. The EP is independently released through Believe Digital Australia on his own label, Sunset Parade and is published by Universal Music Australia.

The EP is a cohesive and uplifting journey from start to finish, packed with his signature catchy melodies, playful synthwork that juxtaposes against an occasional tasteful backdrop of melancholy. While the EP ebbs and flows in vibe and colour, one grounding constant is his ability to weave in drum grooves and basslines that bounce with an unmistakable funk flavour. It’s the perfect balance between danceable, fun pop anthems and cuts that you could easily jam out on the couch to.

‘Unilateral’ features 3 notable collaborators: triple j favourites, Trace Decay, New York soul singer, FATHERDUDE and UK rising star Jai Amore, some of which were long-time friends, and some who were acquaintances that have now blossomed into solid friendships and working relationships. 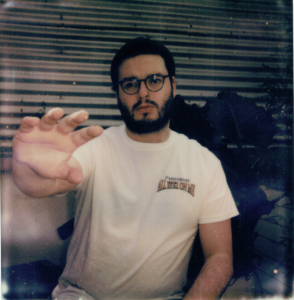 “I think it’s a sign that the creativity of the record spoke for itself, and it didn’t need to be over-complicated with production, because what’s already there is what needs to be highlighted” Says, Two Can

‘Unilateral’ is the perfect title for an EP that is the reflection of a period of grinding day in and day out. Taking on board each element of the creation from song writing to the production, mixing and mastering, it is a true representation of an artist looking to better his craft and consistently looking to learn new skills.

So, what’s next for Two Can? After the signing of a European touring deal with industry giants ‘United Talent Group’, the stars are aligning for the producer. He has spent much time in LA, where he is often rubbing shoulders with Grammy- winning producers like Robert Cutarella, Randy Urbanski and more and has plans to return once borders re-open to continue to build his international success story.

‘Unilateral’ is available now. Listen below