Perth producer, Mind Electric has once again enlisted the services of the high priestess of Melbourne soul, Kylie Auldist, to combine for an inspiring soundscape perfect for that ‘Sweet Escape’ via Central Station Records. Mind Electric’s sunshine-infused melodies and feel-good grooves, compliment the powerful vocals of Kylie Auldist to provide a track that permeates positivity and hope in a time where dancefloors are once again starting to come alive. The duo recently teamed up for the 2019 release ‘I Must Be Doing Something Right’ which has since clocked over 1 million streams, a sign of the heights of which the duo can reach together.

On the genesis of the collaboration, Mind Electric said, “After the world shutdown and global dance floors came to a screeching halt, I was inspired to create a record aimed towards the listeners at home and to bring some happiness and sunshine in the dark times. I started creating melodies and grooves and then contacted Kylie asking if she was interested to write some top lines. Kylie and I have previously worked together, but that was a cover track, so this time I wanted to create something original showcasing her amazing vocal and lyrical talents.”

Kylie Auldist talked of the process in bringing the song to fruition, “It’s a positive song, written in lockdown! I recorded my vocals in Melbourne at One Bakehouse Studios, and at the very last minute, I sent a couple of vocal corrections from Melbourne to Perth that I had recorded on my phone inside a wardrobe! I think it’s turned out beautifully, almost like a patchwork quilt. Amazing what you can do in lockdown!”

Mind Electric has travelled across the world from Las Vegas to Hamburg to refine his melodic feel-good house sound that has seen him become a constant in the ARIA Club Charts. Tracks such as Praise You, What Do You Feel, and of course, I Must Be Doing Something Right with Kylie Auldist, have seen Mind Electric amass over 3 million streams across platforms. Kylie Auldist’s soulful personality is imbued in her vocal talent, possessing a voice that has seen her become one of Australia’s most respected, versatile, and accomplished performers. Best known as the lead singer of ARIA nominated band The Bamboos, Kylie shot to global prominence providing the sublime vocals for 2016 summer anthem ‘This Girl (Kungs Vs. Cookin’ On 3 Burners)’ a hit that has surpassed over 1 billion streams across platforms and went to #1 in France, Germany, and Portugal, and going platinum in Australia. The star-making single earned Kylie an ARIA Award nomination, as well as being recognised as part of the APRA AMCOS’ The 1,000,000,000 List. An in-demand vocalist, her powerful voice sees her recognised as one of the best Soul artists the country has to offer, taking out the Music Victoria Awards for ‘Best Soul, Funk R’n’B or Gospel Album’ in 2013 and 2016, for albums Still Life, and Family Tree. 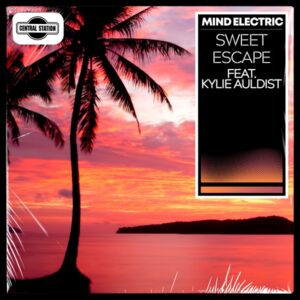