VERSION OF “EXTINCT BY

The original version with vocals and lyrics appears on 2020’s Guardians, which debuted at No. 1 on the Billboard Hard Music Albums chart, the Rock Albums chart, and the Vinyl Albums chart upon release. This version of the song has been stripped down and re-envisioned by the band.
Stay tuned for more from ABR very soon!
MORE RECENT MUSIC FROM ABR:
“Chop Suey“
“Standing in the Storm“
August Burns Red’s new single ‘Extinct by Instinct (Reprise)’ is out now on all platforms through Fearless Records/Caroline Australia at https://fanlink.to/ebireprise. Official Artwork below 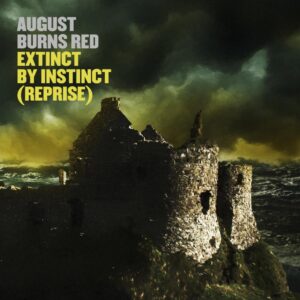