Otherworldly songwriter and producer Aphir has today announced her new single Rhoda, a cathartic, experimental pop track that encourages the listener to let go of the people and institutions that do not serve their best interests in life – out now. Inspired equally by 17th century choral arrangements and modern hyperpop production techniques, Aphir is a once in a lifetime talent, an expert in world-building and prolific in every sense of the word. Rhoda is the first taste of new music from Aphir, who is expected to release an album later in the year.

Rhoda is a contemplative track, buoyed by Aphir’s idiosyncratic vocal arrangements that feel like devoted voices floating upwards into the high ceilings of a church. Although the overall effect feels divine, there is a determined darkness there, too – distorted drum breaks punctuate the choruses, accelerating the song into new territory that feels evocative of Massive Attack or Visions-era Grimes. Reflecting on the inspiration behind the song, Aphir says, “Rhoda explores the idea of cutting off something that doesn’t work for you – a person, an institution, whatever, and choosing not to be bitter about that ending but instead focus on the things that nourish you (‘I lived to feel the water lap against my skin’).”

Aphir, real name Becki Whitton, is a disciplined and thoughtful artist. With four albums already under her belt, the Aphir project has garnered warm praise and coverage from NME, MTV, triple j, Double J and many more outlets across Australia and the world. Her work has also been featured in multiple editorial playlists across Spotify, Apple Music and more, and she regularly streams her creative process to her audience live on Twitch. With each album Aphir deepens her craft, fearlessly exploring, revising, creating and recreating.

Aphir is expected to release a new album this year, as she continues to develop her creative process alongside her work as a producer and mix and mastering engineer. Well-versed in the language of sound from all angles, Aphir draws inspiration from other mediums, too, as she says, “I’m always inspired by poetry and stories, and also visual art. I’m really inspired by Allen Ginsberg’s writing – he acknowledges the nihilistic perspective that dominated the writing of his time without being smug or self-satisfied about it and, at the end of the day, his work still upholds human feelings and relationships as something meaningful.” 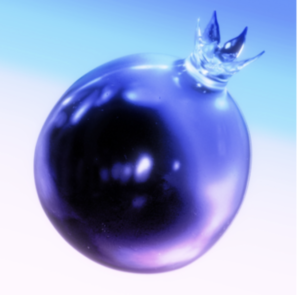 Aphir – ‘Rhoda’ is out now. Official artwork above