UP ON NEW RAP SINGLE

Rappers amol and Letoa collaborate for a triumphant return with the hot new single “cover girl”. The GMQ duo team up with Auckland producer pinnacle mint to create a nostalgic and soulful track. Fresh off their last single “Burnout” which quickly became a Youtube & streaming sensation, “cover girl” drops today on X-Rae Music.

Fijian born, Australian/ Samoan trap artist LETOA has accumulated a legion of die-hard fans, racking up over 10 million YouTube views and 6 million Spotify streams. Through notable collaborations, mixtapes and tours, the teenager has fast become one of trap’s most magnetic underground acts.

Rapper amol (below) has already made a name for himself in the hip-hop world, with streaming hit ‘Rose Tint’ and a long list of collabs earning him 300k+ monthly Spotify followers. The 20-year-old hails from Punjab, India, currently resides in Wellington, NZ, and with current group GMQ (‘Get Money Quick’) and former group Rush Gang, is well on his way to the top. 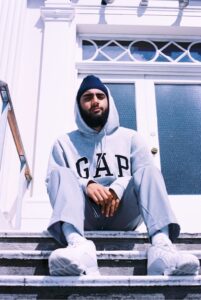 The track opens with a combination of luscious vocal samples and hypnotising piano keys accompanied with atmospheric drums. Amol comes in with a smooth hook where he explores themes of desire, affection and his endless search for his cover girl. “You could be my world, just let this love unfurl, just be my easy breezy beautiful cover girl”. Letoa carries the momentum and introduces the notion that maybe this search may yield nothing. “If you don’t text me back, I guess we’ll never know if she’s a good girl or an average h*e”.

Letoa (below) and amol show off their ability to be vulnerable and emote with their audiences but also manage to maintain the cold-hearted rap personas that fans know them for. 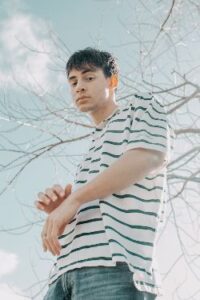