Bold and defiant, Melbourne-based songwriter Amanduh has made her fully-formed debut with Old Flame, an edgy, sizzling track that takes the power back after a toxic relationship, out today.  Amanduh has also announced a stunning video clip to accompany the track, directed by Martin Wood. The bright young artist is celebrating her debut with a show at The Workers Club in Melbourne on May 25, with support from Holly Hebe and Seb Szabo.

Produced and mixed by Kyran Daniel (G Flip, Gretta Ray) and mastered by Randy Merrill (Harry Styles, Taylor Swift, Old Flame is so confident, so complete, that it’s hard to believe that it’s Amanduh’s debut single. The song feels evocative of Camp Cope, Middle Kids and even Stella Donnelly’s accomplished storytelling – in other words, it feels like an instant classic, a playlist staple, the soundtrack to healing and catharsis. Guitars are dominant throughout, but the most intriguing part of this song is Amanduh’s strong vocal, telling the story of the assured confidence that follows a long-awaited breakup.

Speaking about the inspiration behind the track, Amanduh recalls, “After a breakup I felt quite defeated, and I entered into a toxic fling with someone. There were your standard red flags, but I just accepted it…We skip ahead two years after said fling was over and I received an odd text from that person, out of the blue. It made me reflect on all the crappy parts of the relationship and ultimately how I had grown from it. Old Flame stems from that confidence you have knowing that you’re almost untouchable by them now. ‘I know you want me, but it just aint the same’ it doesn’t come from cockiness, just pure understanding of your worth and knowing that they abused your love.”

This growth is on full show throughout the video clip for Old Flame, as Amanduh performs the song in wide open spaces, relishing in her freedom, and embracing the future. It’s visually beautiful, made even more so in the knowledge that this song is all about embracing your own power. 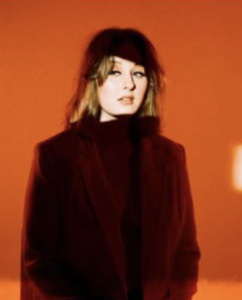 Amanduh is set to perform Old Flame live with her band at the launch show on May 25, and while this may be her first show under this name, music has been a lifelong love for this young artist, as she says, “I have always been deeply intertwined with music; it’s a fantastic way of dealing with your emotions, and it was an outlet I constantly sought out. I did guitar lessons quite young, I was involved with the Australian Youth Choir and various musicals all before the age of 18. Music is like oxygen – it’s always there, always all around.” 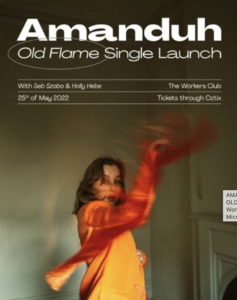