Supergroup ALLEVIATE have dropped their very first single ‘Die For Me’, that hits with an absolute bone-crushing and unique sound!

Their debut single is about personal experiences of the band members and reflects how to find your own strength during the darkest periods of life, and overcome deep depression and anxiety attacks.

ALLEVIATE stands for strength that’s hidden deep inside of us all.
Supergroup ALLEVIATE consists of five successful musicians from five different bands in different genres of metal music.
Timo | clean vocals (Our Mirage)
Marius | shouts (Breakdown’s at Tiffany’s)
Ramon| guitar (The Evolutionist)
Marc | guitar (We Are Perspectives)
Yunus | drums (Time, The Valuator)
ALLEVIATE formed during the pandemic in 2020, and launched with first single ‚Die For Me‘.
The mix of five different perspectives makes ALLEVIATE very special. They combine the best of technical metalcore, deathcore, djent & post hardcore in one powerful and beautiful piece of art.
Alleviate single ‘Die For Me’ Out Now | Official single artwork below 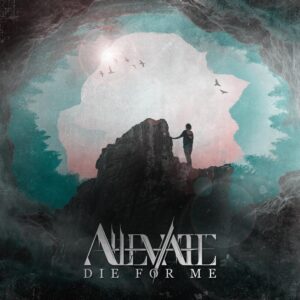 Challenging guitar riffs, heavy breakdowns combined with deathcore vocals and catchy choruses are what makes ALLEVIATE stand out way above the crowd. All five musicians are highly accomplished, having proven themselves numerous times in previous and current bands. They have played hundreds of shows and are highly experienced live performers. As soon as the world returns to normal ALLEVIATE will hit the stage and take over the scene!
The name Alleviate itself represents what the band basically stands for; giving hope and spreading a positive message into the world.