Although their respective styles were raised by the influence of different cultures, the shared synchronicity between Alison Wonderland and Valentino Khan is palpable. While Alison Wonderland was born and raised in Sydney, Australia and Valentino Khan found his footing in Los Angeles, the power of electronic music was a conduit to their creative relationship and impending single. With a career that spans over the course of a decade,

Alison Wonderland has forever changed the landscape of dance music. The electro-pop starlet manipulates fragments of heavy-hitting electronica, intergalactic synths, and her own crystalline vocal work to define the fabric of her signature sound. Fresh off the release of her lyrically profound and markedly futuristic single ‘Bad Things’, this forthcoming collaboration is a riveting follow-up. Despite a string of tumultuous months for the music industry, Valentino Khan has had an explosive and exciting year. At the heels of an official remix for DJ Snake and his French-inspired EP French Fried,

Valentino Khan takes his final strides into the new year alongside Alison Wonderland for the release of ‘Anything‘ A luminous triumph, ‘Anything‘ is a marriage between dance-floor ready house music and electronic pop. Where two styles seamlessly collide, ‘Anything‘ is textured and layered with a four-on-the-floor beat and a feminine prowess courtesy of Alison Wonderland’s captivating vocal work. Expected to send a shotgun blast into the EDM atmosphere, ‘Anything‘ is out on Diplo’s heavyweight record label Mad Decent.

Alison Wonderland architects a world of her own design as its chief author, creator, and voice. The Sydney-born and Los Angeles-based singer, producer, songwriter, and DJ realises this vision at the intersection of future-facing pop, explosive beat-craft, and eternal dance rhythms.

Emerging in 2009 with regular night club sets around Australia and a series of remixes for everyone from Little Dragon to Justin Bieber, she ignited an international splash in 2015 with the full-length debut, Run. It reached gold status in Australia and earned two ARIA Awards nominations, for Best Dance Release and Best Video for “U Don’t Know”. She went on to debut her live set in the US that year at Coachella. Fast forward to 2017, she achieved the Best New Artist honour at the first-ever Electronic Dance Music Awards, while her remix of Dua Lipa’s “New Rules” soared to #1 on the Billboard Dance Charts.

Her sound has quietly inched towards mainstream ubiquity as the sonic sorceress received the “Highest Female DJ Billing Ever at Coachella,” captured #1 on the Billboard Top Dance/Electronic Albums Chart twice consecutively, headlined sold out arenas around the globe, and clocked upwards of 100 million streams by 2018. Not to mention, triple j declared that “both sonically and vocally, Awake is Alison’s biggest work to date”, The Music called Alison “an intuitive songwriter, who wires into any sort of emotion”, and Stack Magazine named her an “Industry Leader”.  In the US, Billboard gave Awake rave reviews whilst ELLE proclaimed her one of its “Women On The Verge,” and she garnered features from FADER, Glamour, Seventeen, Interview, and more.  Simultaneously, Alison’s Radio Wonderland show, now broadcasting to over 20 countries and featuring prominently on the Sirius XM channel Diplo’s Revolution. 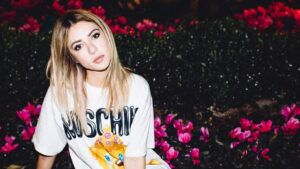 Valentino Khan is a  Los Angeles-based DJ and producer whose music truly knows no bounds. From producing records for Grammy-winning artists to pumping out anthems on the biggest stages such as EDC Las Vegas, Lollapalooza, and Ultra Music Festival, he is continuously evolving his unique personal sound.

The world was introduced to the DJ and producer in 2014 when he burst onto the scene with his debut EP “In Khan We Trust” on Skrillex’s OWSLA imprint. Shortly after, we were introduced to the genius of Valentino Khan.

It was songs like “Deep Down Low,” becoming an international sensation, “Pump” accumulating over 40M streams, and his latest “House Party” EP where you’ll find the viral TikTok anthem “Better” with Wuki that solidified Khan’s status as an artist. The versatility of Valentino Khan granted him production credits for the likes of Lil Pump, French Montana, 2 Chainz, T.I, and Dizzee Rascal. His collaborations as a producer further include working with Major Lazer, Skrillex, Diplo, Bruno Mars & Tyga.

A heavyweight in his own right, Valentino Khan continues to break barriers with original tracks, production credentials, live sets, and viral remixes. Praised for his ability to provide his own adaptations, Khan has found himself remixing some of the biggest artists in music such as Katy Perry, DJ Snake, Calvin Harris, RL Grime, and Alison Wonderland. 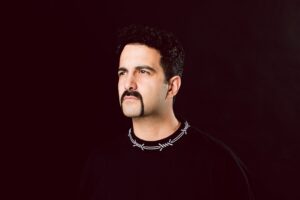