The Chilean rock band Aisles has unveiled the song “Disobedience”, which has been released through Presagio Records on all digitalplatforms. This is the second single from the group’s new studio album, which will be released during the next few months.

“Disobedience” was influenced by the heaviness of Animals as Leaders and The Mars Volta, and the rhythmic expressions of hip hop, but it also features elements of pop and the fusion style of Allan Holdsworth and Richard Spaven. “We have broken the scheme of our own music: this song is more direct, more powerful and more contagious,” explains Germán Vergara, Aisles’ guitarist. Drummer Felipe Candia adds: “this song is marked by a rebellious energy, with a hint of something that is coming, but with an uncertain ending.”

The lyrics are inspired by disobedience as a positive act of seeking identity: “obedience to yourself, or disobedience to others, is necessary for life. There is also a sense of overcoming guilt, restarting and forgiving yourself,” says the musician.

The track was recorded at Estudio del Sur, produced by Angelo Marini and Germán Vergara, mixed by Pepe Lastarria (Kuervos del Sur, Nunca Seremos Dichosos) and mastered by American engineer Randy Merrill (Muse, Paul McCartney, Beck, Liam Gallagher). “Disobedience” is the second single from the band’s new studio album, after the release of “Fast”, which came out on June 4th.

The group, formed by Germán Vergara, Felipe Candia, Rodrigo Sepúlveda (guitar), Juan Pablo Gaete (keyboard), Israel Gil (vocalist) and Daniel Concha (bass), is finishing their fifth studio album, which will be released during the next months. In this new album, they have left behind the concept and sound of “Hawaii” (2016) to open up to a more direct and powerful sound influenced by bands like Porcupine Tree, Rush and Animals As Leaders. “We have done a very exhaustive job: we put pressure on ourselves to change our paradigm,” says the producer and guitarist. 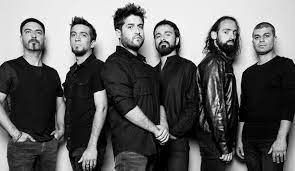 Based in Santiago, Chile, and having released four highly acclaimed studio albums, Aisles have become South America’s most important progressive band of the past two decades. Their intricate melodies and sonic openness reflect their incomparable music approach. The group has played in the Americas, Europe, and done extensive touring cycles in Chile, opening for household names such as Marillion and Focus.

In 2005, Aisles released their debut album, entitled “The Yearning”, recognized for its elegant and delicate melodic work, especially on epic songs such as “The Wharf that Holds His Vessel” and “Gray.” In 2009, their second album, “In Sudden Walks”, inspired by existential literature and by theater, was nominated for Best Foreign Record at the Prog Awards in Italy, and the group also participated in the 11th version of the Progressif Crescendo Rock Festival in France. Their third record, “4:45 AM” (2013), which looked into the loneliness of the human being, received rave reviews and was ranked among the best albums of that year in numerous publications specialized in progressive rock. 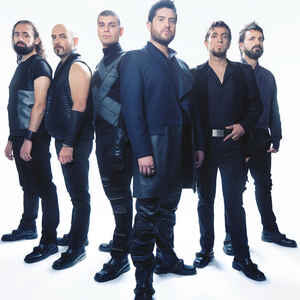 Their latest studio album, “Hawaii” (2016), a conceptual double album that narrates the life of humanity in space after the destruction of the Earth, was called a “masterpiece” and chosen among the best albums of the year by media outlets such as Prog (England), IO Pages (Holland), Raw Ramp (England) and Chile’s premiere rock magazine, Rockaxis. The success of the album made them tour in Europe, the United States and Mexico.

In 2018, as a way of closing the cycle of “Hawaii”, they released the EP “Live from Estudio del Sur”, complemented with four videos recorded live that are found on YouTube. After the departure of their original vocalist, Sebastián Vergara, at the end of that year, Aisles introduced in September 2020 their new singer, Israel Gil, with whom they restarted their constant artistic evolution by releasing “Smile of Tears”, a new version of the song from the album “In Sudden Walks”. The band will release their fifth album during the next few months.