An effervescent ode to new beginnings and positive motivators, driving Sydney duo Abroad return  with a fresh and frothy new single, Coffee. An ongoing favourite for the indie-electronic team-up between Jack Dawson and Will Cruger, Coffee marks the first new music for Abroad since the pair’s 2021 EP Sydney charmed airwaves and further established a grounded sonic amalgamation of the likes of Foals, Hayden James, Flight Facilities and beyond.

Self-produced and mixed by Abroad’s very own Will, with mastering courtesy of Dale Becker (Rüfüs Du Sol, Justin Bieber, Selena Gomez), Coffee is a smooth addition to 2022 and will also be celebrated in style via some upcoming NSW shows, with Abroad taking over Park House at the Mona Vale Hotel on April 29, before heading to Beach Road Hotel in Bondi and La La La’s in Wollongong in May.

Coffee simultaneously adheres to and breaks free of its caffeinated moniker, bubbling with hypnotic synths alongside dark and moody drum and bass, flitting between emphatic choruses and sparse instrumentation. Gifting a track that would equally fill a dancefloor or blissfully soundtrack a cosy afternoon chill, Coffee also sets creamy vocals over proceedings, detailing an analogy for motivation that sparks excitement in your day. Elaborating on the stimulating tune, Jack says, “’Coffee’ is like having a fresh start and that exciting time when everything is new. Getting that burst of energy to get up and rip into what is in front of you.” Echoing Jack’s sentiments, Will says, “’Coffee’ is really an analogy for the person that gets you out of bed in the morning. The person that gives you energy just being in your life. I’ve worked in the specialty coffee industry longer than Abroad has been around. It’s always fuelled my creativity.”

A fateful creative union between Jack and Will, the seeds for Abroad began after the pair met at university in Wollongong, with another chance encounter between the two quite literally abroad in London years later. With Jack on synth and vocal duties and Will syncing the backing tracks and also on vocals and guitars, Abroad have released multiple EPs and singles over the years while also amassing over a million streams on Spotify, with their releases fittingly named for the relevant city that they were written in.

And while the Abroad journey is already set to bloom even brighter in 2022, the pair are firmly fixed to offer a live show equally as captivating as their tunes, with three NSW shows on the cards, starting at Park House on Sydney’s Northern Beaches on April 29. Ecstatic to be playing live, Abroad are set to showcase their passions and their technical chops, as Will explains, “This is why we create music. Jack and I both sing and play instruments, so we really try to do as much as we can live. The set we’ve been working on since the start of 2020 has continually evolved, we’re playing a range of instruments and making the entire performance engaging to our audience.”  And alongside the euphoric tunes, there’s some visual and aural beautiful surprises lying in wait for NSW audiences, as Jack explains, “We want to create a show that blows people away. As well as sounding crisp, we want the full show of lights and atmospheric energy to keep the audience present and engaged.” 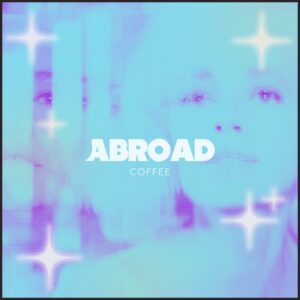