WHAT I GOTTA DO’

A Twenty-Two Letter Phrase, the artistic project of renowned Australian musician Angus Gardiner, has today released the compelling, melancholy new single and video Predisposition, a heavily metaphorical, contemplative song about getting a second lease on life, feeling new, and having a complicated relationship with your old self.  The track precedes the debut EP for A Twenty-Two Letter Phrase, Just Tell Me What I Gotta Do out September 30, and written through the midst of grieving a close friend.  The EP release will be celebrated with an intimate live performance streamed to the A Twenty-Two Letter Phrase YouTube channel on October 1.

Predisposition evokes indie folk influences such as Laura Marling alongside the more symphonic art-rock of Rufus Wainwright, as Angus deftly weaves phrases amongst soft, pervasive acoustic guitar. Ultimately the song swells into a climactic crescendo, encompassing the wonder and confusion that permeate the lyrics of this song.  Unresolved, leaving the audience pondering, considering, the song then slows to silence. It’s a stunning, thought-provoking journey, as Angus explains, “I wrote this song after reading the book Man’s Search for Meaning by Viktor E Frankl.  My psychologist recommended it and it was a transformative thing for me to read at a time when I was really struggling.  Predisposition is a song that came out of quite deep existential feelings about what it means to exist, persist, and make the world how you might like it to be while accepting that it won’t ever be that way.  Hopefully there are enough layers of metaphor that it means different things to different people.” 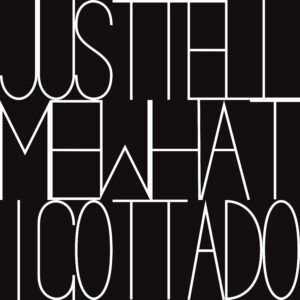 The video clip for Predisposition is a colourful, DIY affair, directed by Alex Bennison, and features Angus’ typewriter, punching out the lyrics to the track and overlayed over close, warm shots of Angus performing the song. The clip is saturated, vibrant, psychedelic, as Angus describes, “The clip feels very familiar to me since it was filmed in my apartment and neighbourhood, and features my trusty typewriter, which I use to keep a daily diary.  I also did all the lyric writing on that typewriter.  I love the mechanical feel and the physical and tactile routine of slotting the paper in, aligning the margins, and bashing out one letter at a time, with no backspace.”

The EP Just Tell Me What I Gotta Do is about as intimate and expressive as music can get. From the deep, cleansing breath of opening track Either Way to the piano-led, softly intense closer Working Silently, Just Tell Me What I Gotta Do is a Jeff Buckley-esque offering, a deeply sophisticated collection of masterful songwriting from a mature, thoughtful songwriter.  Reflecting on the process of creating the EP, Angus says, “In 2018 my best friend and bandmate Luke Liang passed away and I was shattered by grief and trauma. Making this EP has mapped and reflected some of my paths as I have begun to understand and process that event.  I think I am still some way from what might be described as ‘healing’ and I don’t really like using that word but it is a gradual process and I do make progress every day.  Some of the songs, like Again, Either Way are quite raw and reactive and others are more metaphorical… I tried to distill things from a few different perspectives, but Just Tell Me What I Gotta Do is about living your life with fierce intention whilst accepting that there are things about the world that you simply cannot change.” 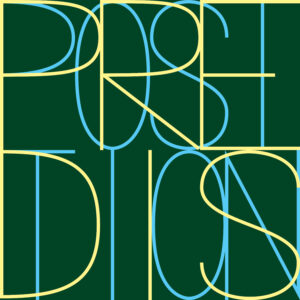 Angus Gardiner, the accomplished musician behind A Twenty-Two Letter Phrase, is a well-known session player for massive Australian acts Montaigne, Jack River, Jarryd James, E^ST, Dean Lewis and more, as well as a founding member of the hugely popular band Papa vs Pretty.

Gardiner set his intentions for the project early, insighting “I wanted to stretch myself and for the work to be truly reflective of me and uncollaborative/individualistic after years of collaborating, if that meant there were some flaws, then so be it.” And he has pulled it off, playing every instrument on the release himself (except for drums), mixing and mastering it himself and even creating the cover artwork. Drawing on years of practice, of mastering his craft, this EP is a true demonstration of both considered, perceptive songwriting but also a keen, skilled sense of musicianship.  These songs are something incredibly special – heartwrenching, devastating, yet calm, open and empathetic.  This EP is a comforting must-listen for anyone who has ever felt deep grief.

Angus Frederick Gardiner is A Twenty-Two Letter Phrase.
Predisposition is out today, the EP Just Tell Me What I Gotta Do is out September 30.